Dignity In Labour: How Mother Of Five Single-Hande…

The popular saying ‘What a man can do, a woman can do better’ is the reality in many African homes. Many women have now taken up the role of men as breadwinners in their families for various reasons.

This is exactly the case with Ruth Joshua Banduma a.k.a. Madam Kalakala. She is a woman who has been supporting her family with her food business for over 28 years.

On the sizzling afternoon of October 22, 2021, AllNews paid Madam Kalakala a visit at her food canteen located in the Congo Russia area of Jos, Plateau State, Nigeria.

Madam Kalakala who spoke mostly in Hausa Language with a slight mix of Pidgin English, was delighted to share with AllNews how she ventured into the business, her challenges and achievements over the years.

Even though it is common practice in her environs to train as an apprentice before venturing into any kind of business, Madam Kalakala chose to be different.

She took to selling food some 28 years ago after getting married. When she started the business, one of the challenges she faced was not being a popular face in the area. 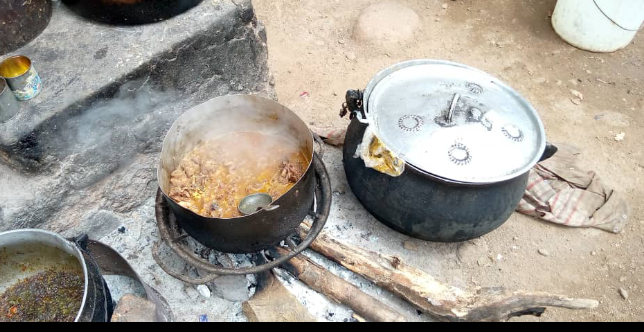 “As time went by, I found a place in people’s hearts,” she revealed.

“My mastery in cooking a variety of dishes earned me my current popularity.

“My mouth-watering and sumptuous delicacies earned me the nickname ‘Kalakala’.”

“Kala” in the Hausa Language means colour, which depicts variety.

Madam Kalakala revealed that with her food business, she has single-handedly sponsored the education of all of her five children up to the tertiary level. She also provides for her family’s needs.

Photo of Madam Kalakala at work

Although married, her husband has unfortunately been unable to live up to most of his responsibilities as a result of the downturn in his job several years ago.

The strong woman had taken it upon herself to cater for the children’s needs.

“So far, I have been able to sponsor my first child to the university and he is now a graduate.

“Two others are currently in different tertiary institutions while the remaining two are in primary and secondary school respectively,” she beamed with pride.

She further revealed that despite her hustle, she has been unable to acquire some material things that she desires.

Although she has no house or car of her own, she is happy and content that she has been able to give her children what her parents were unable to give to her.

“I feel fulfilled and hope my children will be more successful in life than me,” Madam Kalakala said.

While sharing her challenges in the business, she revealed that some of her experiences were big enough to challenge the existence of her business.

She cited occasional low patronage as a challenge and said that it could be as bad as having a huge spoilage of the cooked food.

She explained that getting the business back on track after such an experience is usually a herculean task. She does some menial jobs on construction sites just to gather enough money to continue.

She added that there is also the challenge of running the business single-handedly because of her inability to hire a help.

“The little help I get is from my children when they come around.

“Doing everything alone can be very stressful but there is nothing I can do than to manage the resources at my disposal to keep the business running,” she explained.

According to Madam Kalakala, her dream is to upgrade and expand her business. 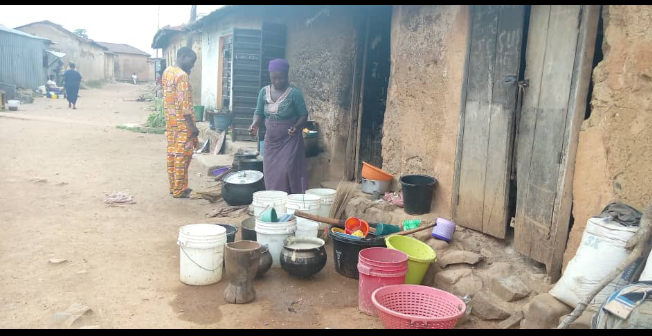 She needs a larger space to accommodate her growing customers. She currently cooks with firewood.

Madam Kalakala with some of her satisfied customers ​​​​​​