To mark her 25th birthday, Rachel Humwapwa Mujong chose to celebrate in a rather altruistic manner by putting smiles on the faces of many young girls in the Internally Displace People (IDP) camp in Abuja.

While it is common to see donations of foodstuff and other relief materials to IDP camps, not so many people think about some other non-materialistic yearnings that border on connecting with one’s inner self that these displaced people may have – especially the girls and women.

Well, Mujong did something selfless by reminding young girls in the Area 1 camp about their inner beauty, and the result was captured in joyful still moments!

In a recent interview with Legit.ng’s Kumashe Yaakugh, the researcher and girl child advocate reveals she was motivated by the need to help these girls and women reidentify with their true beauty and project a positive future for themselves. 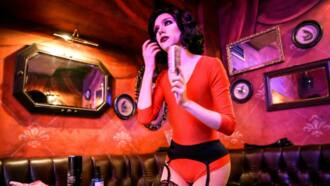 “Young girls and women who are living in IDP camps are victims of conflict and insurgency and are marginalised by society. As a result, seeing their true beauty and potentials would almost be impossible due to the conditions they currently live in. Most of them struggle with self-esteem, poor hair care amongst others.”

Mujong who gave the girls a hair makeover, also ensured they took back with them captured moments of their new hairstyles.

“The experience was amazing. Most of the girls couldn’t wait to get their hair done as they were super excited to have pictures of their new looks in their hands.”

The 25-year-old states that the women appreciated the gesture as many of them could not remember when last they had something as simple as a picture of themselves or even making their hair. 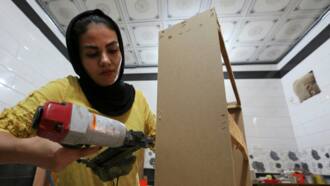 ‘But you’re a woman’: Iraqi furniture-maker carves up stereotypes

One said: “Thank you for washing my sister’s hair, it’s been months since she last washed it.”

For Rachel Humwapwa Mujong and her team, the experience was certainly lifechanging and remains one of her most memorable birthday celebrations.

Weeks after a video of a little girl left many fashion lovers displeased over her outfit, which many tagged as ‘too mature for her’, the toddler’s mother has spoken out.

In a recent post reshared by @asoebiladies, the mother, identified on Instagram as @kwin_k, opened up about the video and the reception it got.

According to the mum, the dress was designed for her little girl’s birthday shoot, adding that the look was an exception as she always dresses the girl in age-appropriate clothes.