by admin
in ALLNEWS - POLITICS
0

Governor Abdullahi Umar Ganduje of Kano, today paid a condolence visit to the former governor Rabi’u Musa Kwankwaso, at his Bompai residence, Miller road, over the death of his brother Inuwa Musa Kwankwaso.

The Governor personally met with his former boss after paying similar visit to the family of the deceased at Kwankwaso town in Madobi local government, where the governor was received by the District Head of Madobi, Saleh Musa Kwankwaso and other members of the family.

At Bompai, governor Ganduje was received by the Ex-governor. On the governor’s entourage was the Chief of Staff, many Commissioners, party leaders and elders and many top government functionaries.

Senator Kwankwaso invited the governor to the grave of his late father, Musa Saleh Kwankwaso, located within the residence, where another special prayer was offered for the late father.

Kwankwaso and Ganduje praying for the repose of late kwankwaso

According to a statement issued to newsmen today by the Chief Press Secretary to the Governor of Kano State, Abba Anwar, prayers were offered for the repose of the souls of the deceased after which Kwankwaso saw the governor off.

“After the prayer that took place in the presence of many loyalists from both sides, the governor together with Senator were left to have what seemed like a heart-to-heart discussion for some minutes,” the statement stated. 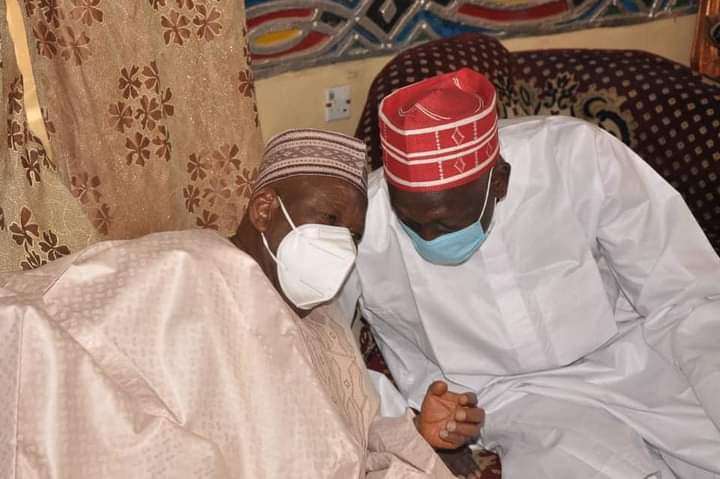 This is the first time in a long time that former governor Kwankwaso and his former deputy Ganduje would be seen in such a not so hostile or awkward situation.

A dispute that started just before the 2015 general elections was further fueled by an incident that occurred during a condolence visit by Kwankwaso when Ganduje lost his mother in March 2016.

When Ganduje’s mother passed away on Friday,  March 6, 2016, Kwankwaso, who was not in town delegated his brother to represent him at the burial. He however came back to Kano for the third day post funeral prayer. 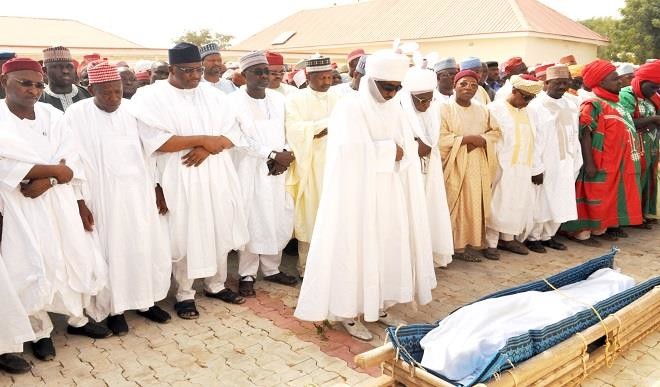 Surprisingly, supporters of the then governor met him at the Aminu Kano International Airport baring placards and chanting that he was their choice for thr 2019 election.

After Kwankwaso’s arrival at Ganduje hometown, some shades of words were thrown around between Kano state government officials and some of his supporters.

This was the last straw for Ganduje and he did not hesitate to register his displeasure as to how a condolence visit turned into a political show of support.

Although, supporters of Kwankwaso had come out to announce on local radio stations that their leader had nothing to do with what happened, Kano APC issued a statement denouncing Kwankwaso and the kwankwasiyya group.

A former Chief of Staff to Kwankwaso, Dr Yunusa Dangwani, also dismissed allegations against his boss when he spoke with PUNCH.

The Chief of Staff further explained that because of the importance his boss attached to the relationship he had with the governor, he felt it was necessary to personally console him over his mother’s demise.

“It is, therefore, appalling that the good gesture of Senator Kwankwaso has been mischievously interpreted wrongly.

“It is apt at this juncture to call on the Kano State Government to concentrate on the enormous challenges of governance and earn the respect of the people,” he stated.

Official sources close to both sides however confirmed that the quarrel between Kwankwaso and Ganduje had been on for long before it became public.

Ganduje’s loyalists think that Kwankwaso is trying to play the godfather. A close ally to the governor, who also spoke on condition of anonymity, said it was wrong for the former governor to want to dictate to his successor. 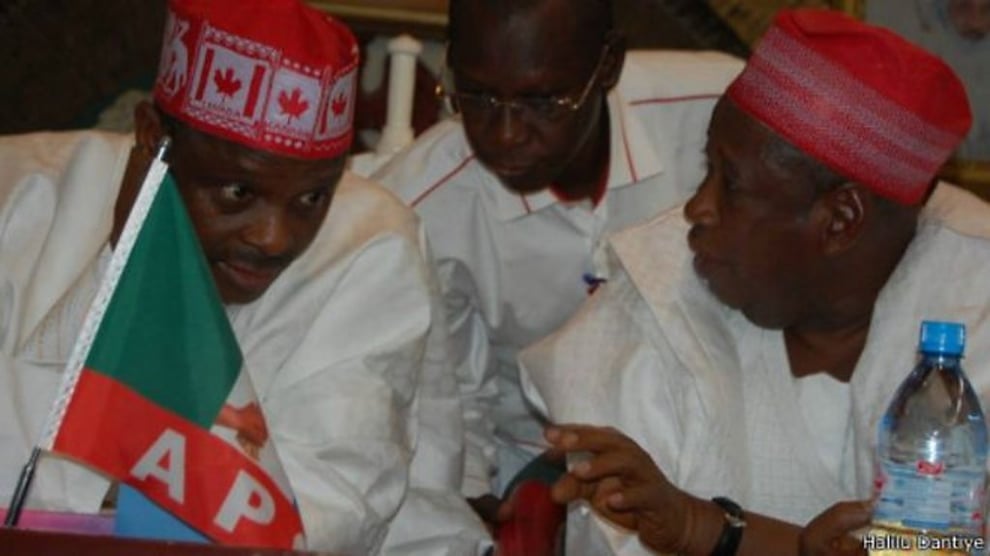 Pictured: Kwankwaso and Ganduje before their falling out

Since the incident, things have been bitter between both political icons.

With the turn of events today, the political atmosphere in kano is pregnant with expectations of the start of a full-blown reconciliation… or not.

“I Am Serving Nigeria by Having Many Wives”: Regina Daniels’ Hubby Ned Nwoko Sparks Massive Reactions

“I Am Serving Nigeria by Having Many Wives”: Regina Daniels’ Hubby Ned Nwoko Sparks Massive Reactions