Museums according to Merriam Webster dictionary are seen as a building in which interesting and valuable things, such as paintings, sculptures, scientific or historical objects are collected and shown to the public. It can also be said to be an institution dedicated to the acquisition, conservation, study, exhibition, and educational interpretation of objects having scientific, historical scientific, historical, cultural, or artistic value.

Museums habour materials that tell us a story of history. You could think of a museum as a mirror that reflects the past back to us in an awe-inspiring way. Every country today has a story to tell; a story about their past, infancy, and how they came to be. Nigeria is no exception.

So if you plan on taking a tour around this diverse and richly blessed country called Nigeria, then here are ten of the best museums in Nigeria.

Esie Museum is Nigeria’s first official museum of its kind. It is renowned for the collection of its eight hundred plus soapstone figurines. Aside from these soapstone figurines, there are over two thousand other artefacts that are housed in the museum.

This has resulted in building new compartments to house these discoveries. Once a year in the month of April, a large-scale festival is held by the museum in celebration of its rich and vibrant heritage. It is reported that by December each year, a festival is held in honour of the various monuments in the museum.

Was founded in 1975 and stands till this day, displaying all manner of arts and craft and even ancient artefacts from the Nok tribe and the Igbo-ukwu civilization of pre-colonial times. 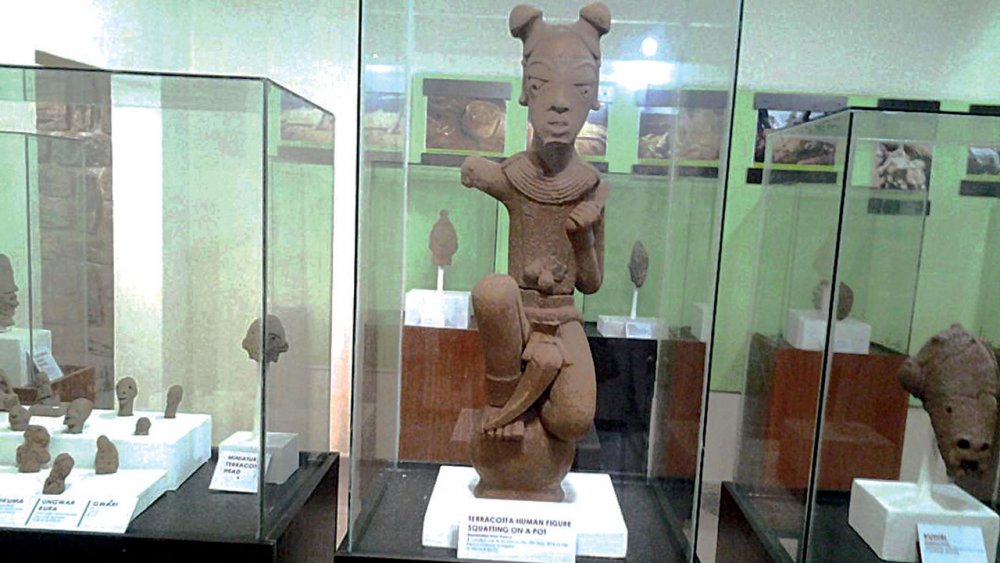 As intriguing as this may sound, perhaps the most catching feature is the live arts and live craft feature; where spectators get to watch exquisite works of art being crafted in real-time by gifted artisans. It can be found in Kaduna, in the Northern region of the country.

It is one of the oldest-story buildings in all of Nigeria. The museum holds items that date back to the period of the trans-Atlantic trade era. This one-story building was constructed in 1863. 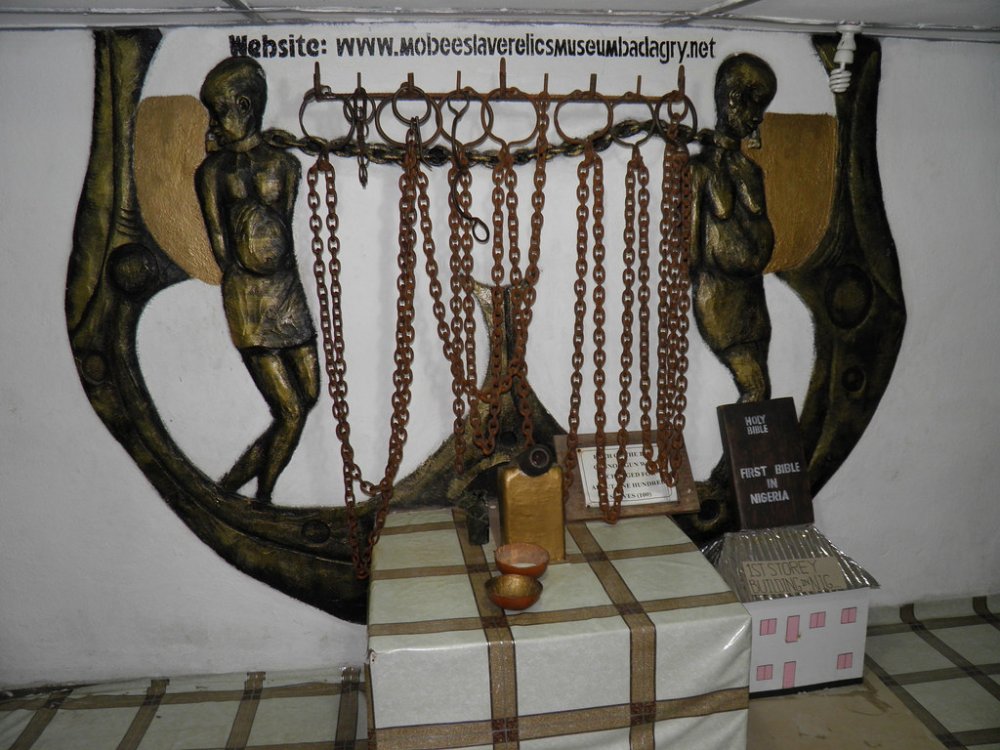 It is divided into eight separate compartments that represent various timelines within the precolonial era in Nigeria. It can be found in Badagry, in the outskirts of Lagos. Weapons, Canons, Briddle, Iron chains, and other slave materials were found on display in the Badagry museum.

The Oron museum can be found in the eastern part of the country. It holds rare and intriguing artefacts from the civil war, like the late Ojukwu’s bunker, as well as some crafts and arts that are deeply related to the culture and tradition of that region. It is Notable for its Ekpu or wood carving display. 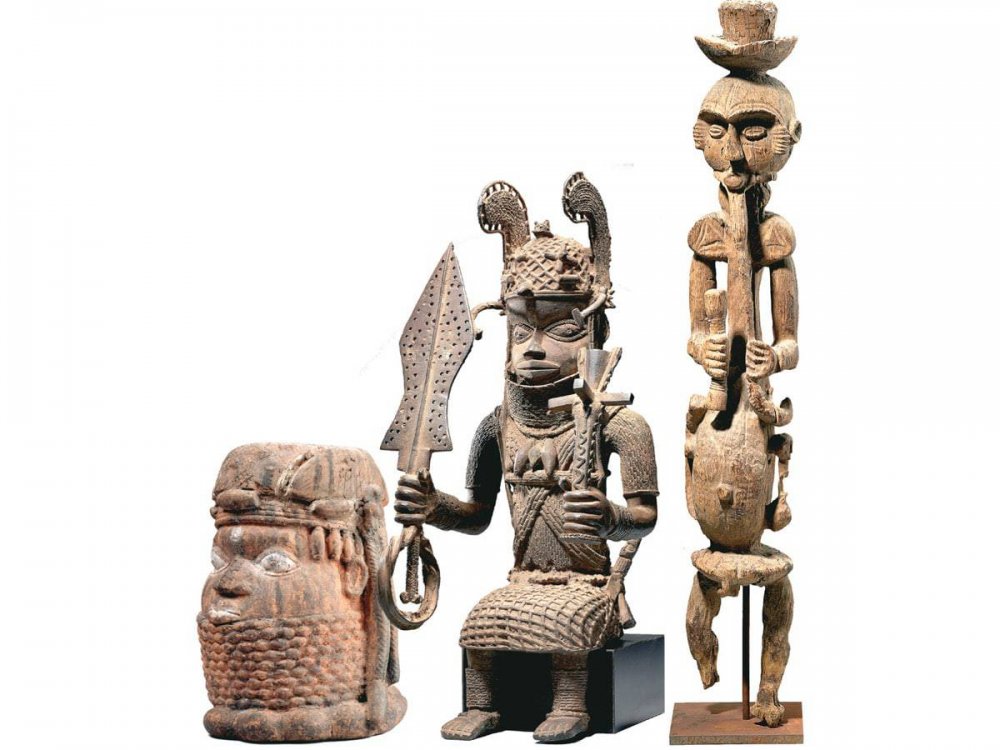 The National War Museum was established with the aim of educating and enlightening the future and younger generations of the country. It is one of the most significant sites in Abia State in the South-Eastern part of the country. 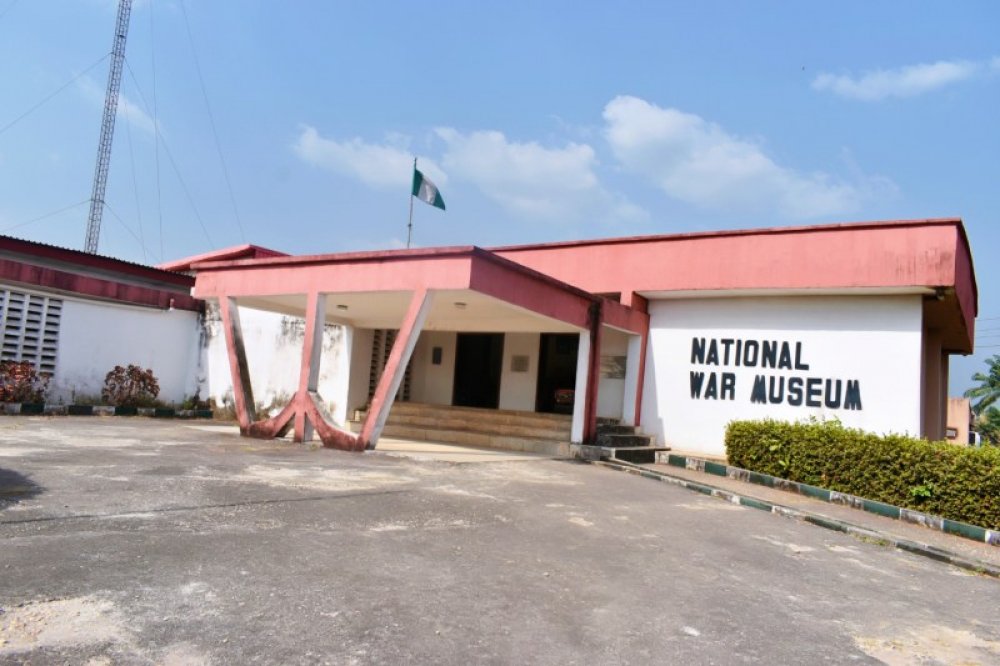 Between 1966 and 1967 was and still is, one of the biggest nightmares that this country has ever experienced.

The Nigerian national museum is located in the heart of Victoria Island in Lagos. It is home to various terracotta and ivories as well as bronze statues that date back to the time when the Nok civilization was thriving. There are also tons of information to be learned in this museum. 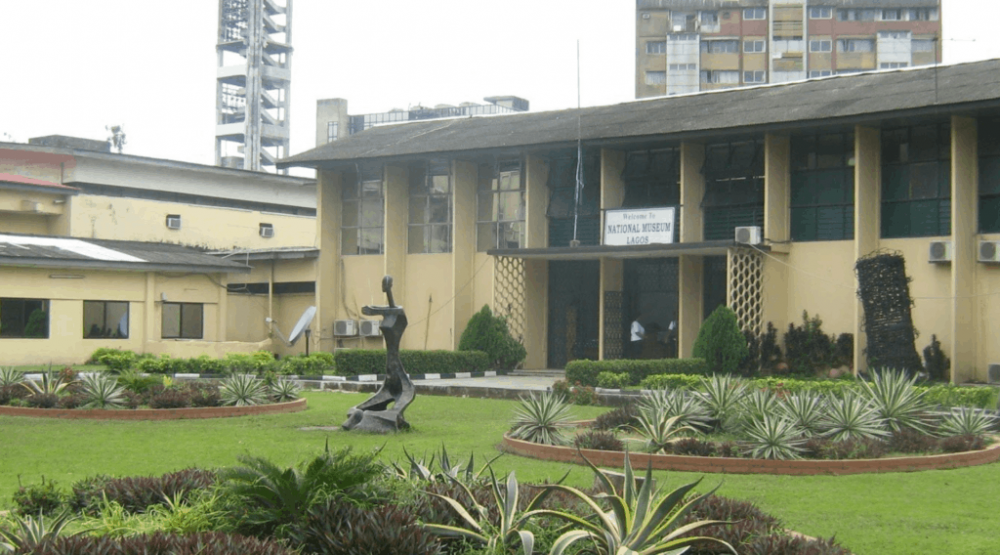 Located in Jos, Plateau State in the hill resort, the museum is widely acknowledged for its architectural and innovative structure and display of its items. It was created in the year 1952 and stands tall in second place in terms of how old it is as a museum in Nigeria. 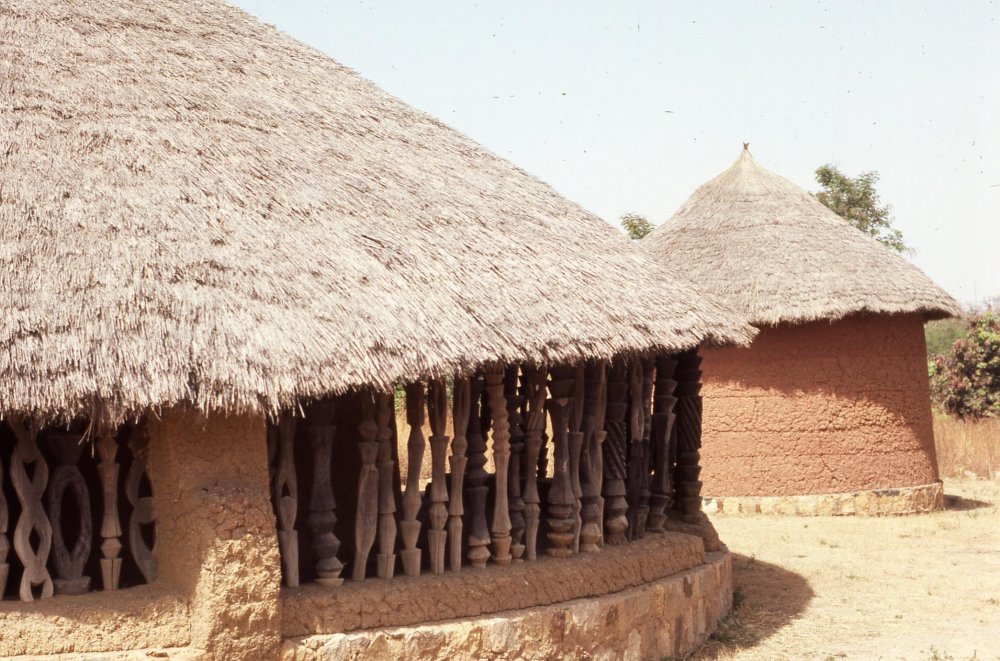 The Ancient city of Benin of today was once a part of the mighty Benin Kingdom of the Edo Empire. A civilization that lasted for several centuries during the pre-colonial era. The civilization was once lauded as the best arts and craft makers of the African civilization after ancient Egypt. 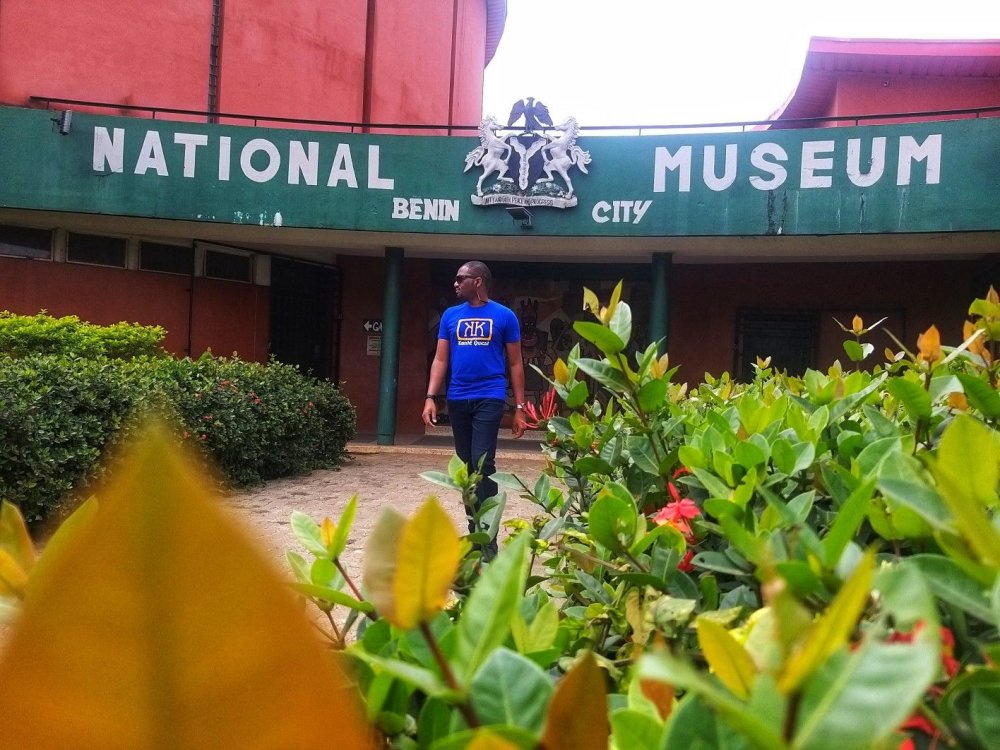 They are known for their terracotta statues, exquisite bronze and metal works, traditional artifacts as well as a complex and well-organized governing system. Formerly located in the Oba’s palace, the museum has deep ties with the Benin people of Edo state in Nigeria.

The museum is actually an old Emir’s palace from the early 15th century. It was later adopted as a Museum in the 20th century, a little over 500 years later. Kano happens to be the oldest city in all of West Africa, as well as the second-largest city in the whole country of Nigeria. 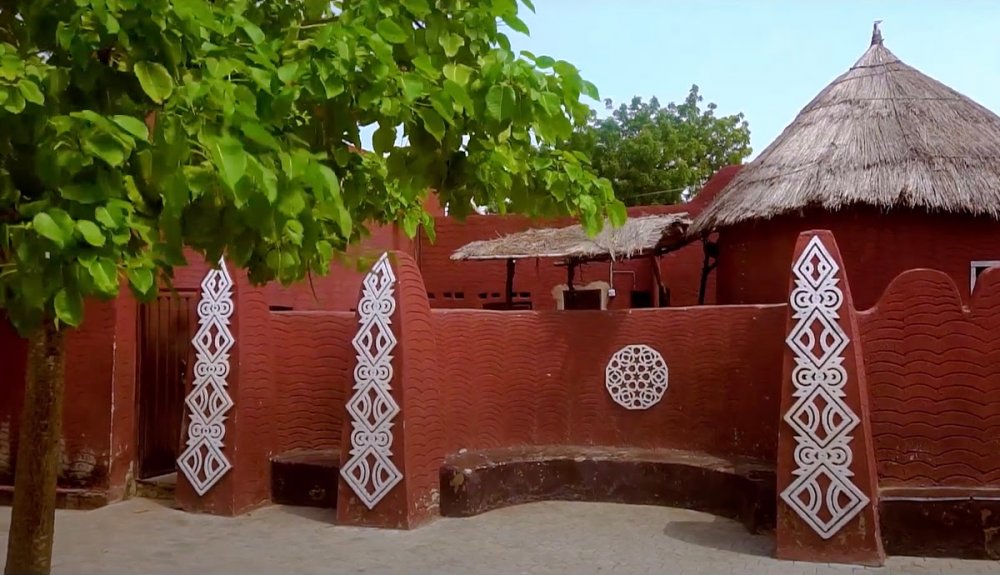 The fact that this museum is here, is an indication that the Gidan Makama Museum would house lots of historical and cultural treasures for display.

THE OLD RESIDENCY MUSEUM OF CALABAR

The Calabar old residency museum is unique in its creation in that it was actually shipped bit by bit from Europe. The museum holds a collection of rich historical artifacts that date back as far as the colonial and even pre-colonial timeline of the country’s formation. 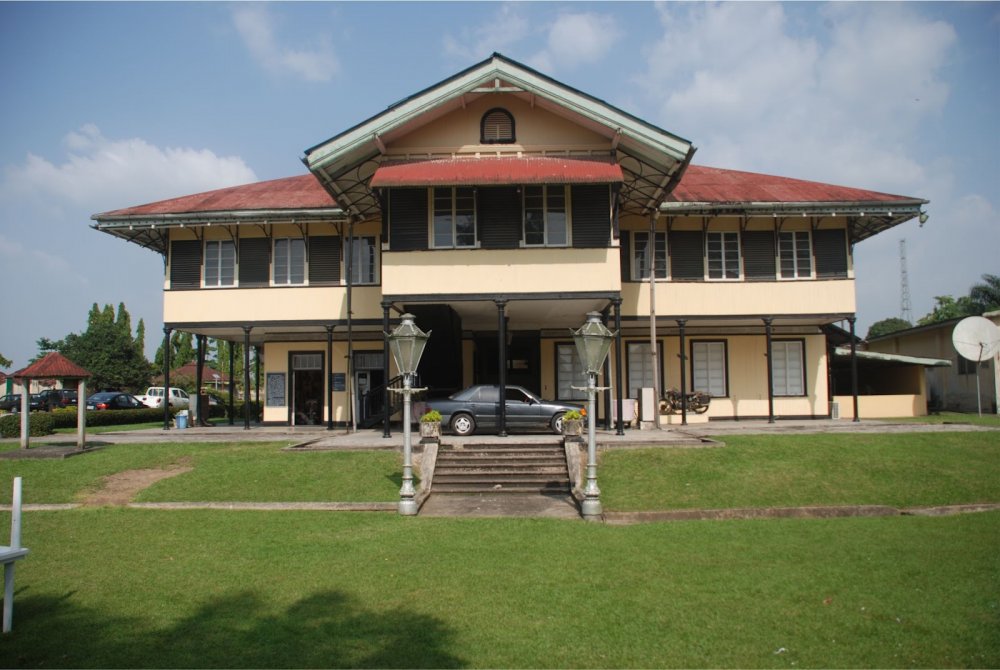 There are several works of art and relics but most importantly, there are relics and documents, and items that give a detailed account of the early palm trade in the country by the colonial masters.