Every now and then, there are criminal cases that whip up a lot of emotional outbursts from Nigerians. They follow these cases with keen interest for a while but the interest soon fades as the media spotlight gradually withdraws from them.

The former commissioner for environment was suspended by the Governor of Ogun State, over an allegation of sexual harassment which was levelled against him by a 16-year-old Secondary School Student, Barakat Melojuekun in January 2021.

Although the case had since been withdrawn by the victim’s father on grounds of misconception and misunderstanding, it was gathered that the Ogun State Police Command had gone ahead to submit the report of investigation on the allegation to the office of the Director of Public Prosecution (DPP).

Reports revealed that the victims’ family were coerced into silence. In the last seven months, nothing has been heard about the case.

It was however gathered from an “exclusive” piece by Premium Times that the former commissioner has secretly resigned his appointment from the government. 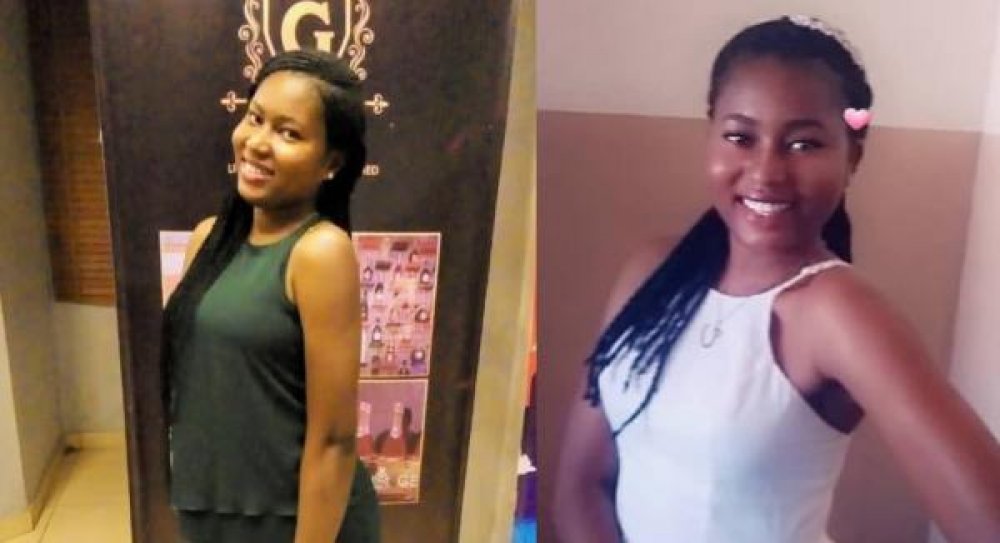 On May 27, 2020, Vera Uwaila Omozuwa’s life was cut short while studying in a church premise close to her home in Benin-City, Edo State, Nigeria.

The gruesome event had sparked a lot of outrage from members of the public, who went all out to demand justice for the young lady. Nigerians’ reaction to the unfortunate event and the intervention of many non-governmental organizations prompted the Nigerian Police Force to be proactive in their investigation.

Following the police investigation, six suspects were arrested in connection with the crime and they have been arraigned before Criminal Court One, High Court Benin.

At the preliminary hearing of the matter on May 26, 2020, Counsel to one of the Defendants filed an application for bail which was rejected by the preceding judge.

The matter was eventually adjourned till November 9, 2020, and referred to the Director of Public Prosecution (DPP) for advice.

It’s been one year after Uwa’s death, yet there is no justice in sight for the young lady who was raped and murdered near her own home.

According to SaharaReporters, Uwa’s sister said that seeking justice for her sister has been a turmoil of court cases and adjournments.

“There has really been nothing. The first time my family went to the court, there was no much deliberation and the case was adjourned.

“Then on March 29, 2021, there was another court day but the sitting was adjourned again because only one of the suspects was present. I really don’t have an idea why the other one was not present.

“Nothing really, it’s just about going to the court and they’re always adjourning.” 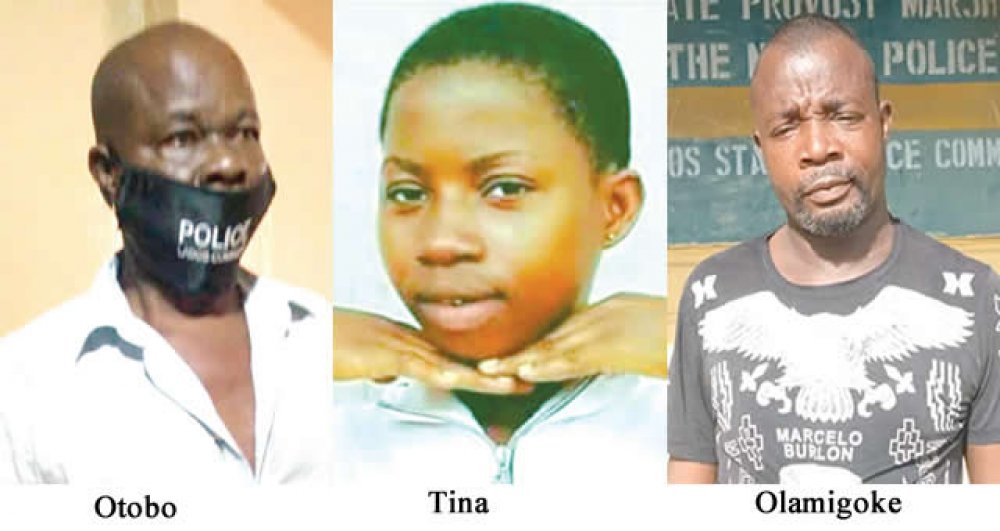 The heartbreaking case of this 17-year-old teenager is one like many others, who have been victims of police brutality in Nigeria.

This common occurrence has been a major source of concern for many Nigerians, who fear that their lives may be carelessly cut short by a trigger-happy-armed police officer. This young lady was hit by a stray bullet on Tuesday, May 26, 2020.

On the said day, shots were fired into the air with the aim of dispersing a crowd of people who had gathered around a police roadblock where a motorist, who had refused the “bribe sum” demanded by the policemen, was shot.

The motorist was said to have been injured but luckily survived the incident. A stray bullet hit Ezekwe who was in her mom’s shop close by.

The deceased was immediately rushed to a nearby hospital where she eventually died two days later. The death of this young lady generated quite a lot of public outcry to ensure that justice is served and the erring officers punished.

On May 29, 2020, the Lagos State Commissioner of Police (CP), Hakeem Odumosu ordered a comprehensive investigation into the matter, and following the investigation, two policemen namely; Theophilus Otobo and Oguntoba Olamigoke, were indicted in relation to the matter.

It was revealed that the conduct of the two police officers fell short of professional standards and having ascertained that the officers erred in the matter, the Police Command stated that an internal disciplinary proceeding has commenced against the two officers.

It was reported that Otobo and Olamigoke would be appearing before the Force Disciplinary Board sitting in Abuja after which their recommended punishments will be forwarded to the Police Service Commission for approval.

The Commissioner of Police had said that as soon as the internal disciplinary proceedings are concluded and the culpability of the indicted officers established, they will be arraigned before a court of competent jurisdiction for prosecution.

Nothing has been heard of the case since then and all attempts to get an update from the police are yet to be successful. 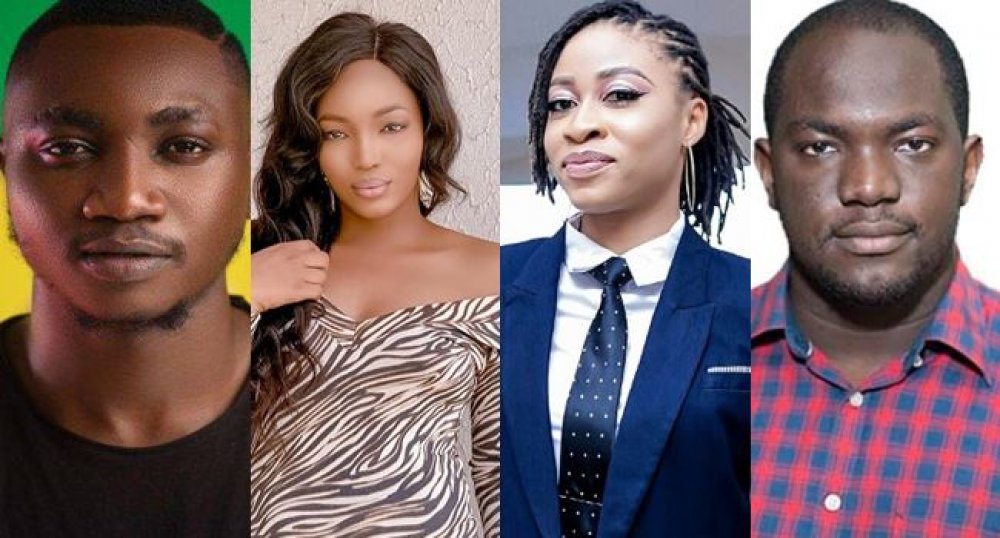 Following the renowned #ENDSARS protest of October 2020, the Central Bank of Nigeria (CBN) obtained an order by a motion ‘ex-parte’ to freeze the bank accounts of 20 notable participants of the popular nationwide protest.

The motion was granted by the Federal High Court, sitting in Abuja on November 4, 2020, for the accounts of the campaigners to be frozen for an initial period of 90 days, subject to renewal of the order.

This order of the court was to be in effect pending the outcome of an investigation being carried out by the “apex bank”, who had alleged that the defendants were suspected to be funding acts of terrorism via their bank accounts.

The matter was initially adjourned to February 4, 2021, and the Defendants were represented by Femi Falana SAN.

The Federal High Court, Abuja on February 10, 2021, fortunately, ordered the Central Bank of Nigeria (CBN) to unfreeze the bank accounts of all 20 of the #EndSARS promoters. In other words, the order of November 4, 2020, was set aside.

The court also pronounced that all processes filed in respect of the case are deemed withdrawn.

5. Iniubong Ephraim Umoren: The orphan job Seeker who was raped and gruesomely murdered 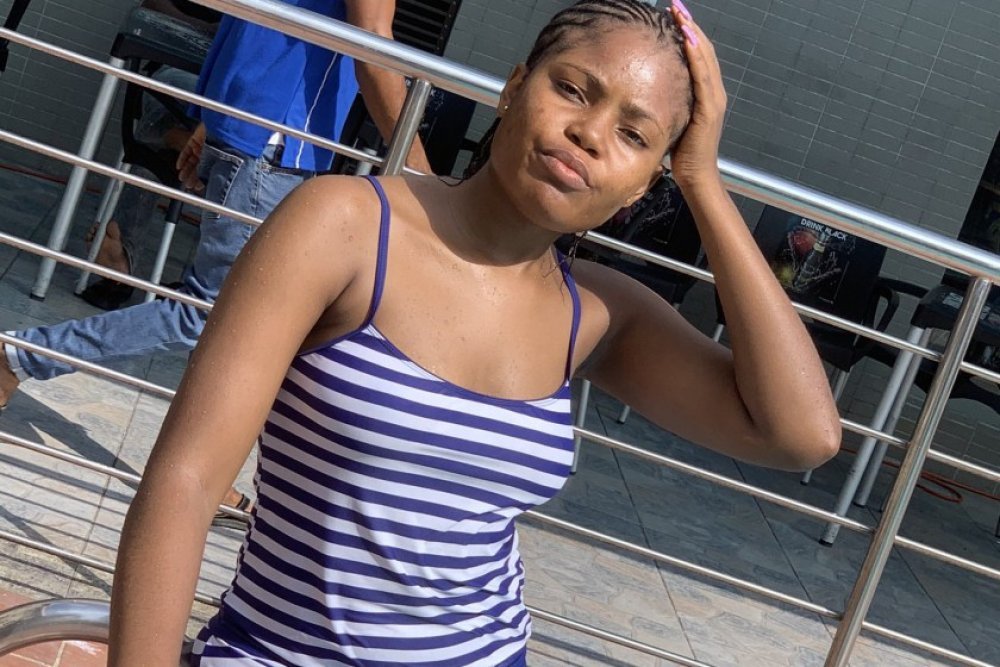 Iniubong Umoren was an orphaned fresh graduate, who announced on Twitter on Tuesday, April 27, 2021, that she was in need of a job. She got an interview invite from a fellow Twitter user which she honoured without knowing it was a trap.

She went for the interview and disappeared afterwards. Her friend with Twitter handle @UmohUduak1, initiated a search for her on  April 29, after she received a one-second distress Whatsapp voice note from Umoren.

Umoh said that she tried calling Umoren but could not reach her. This prompted her to call for help on social media.

Sadly, Umoren’s body was discovered in a shallow grave in Uyo, the state capital of Akwa Ibom after a police search was conducted.

A police investigation was carried out on the case and 20-year-old Uduak Frank Akpan was identified as the killer.

Uduak Akpan, the suspected killer of the innocent job seeker recently repleaded guilty to her murder in July 2021.

He confessed that he lured Umoren to his house under the guise of giving her a job but ended up sexually and physically abusing her, leading to her death.

He added that he dragged and buried her in a shallow grave in his father’s compound to cover his tracks. Justice is yet to be served on this matter. 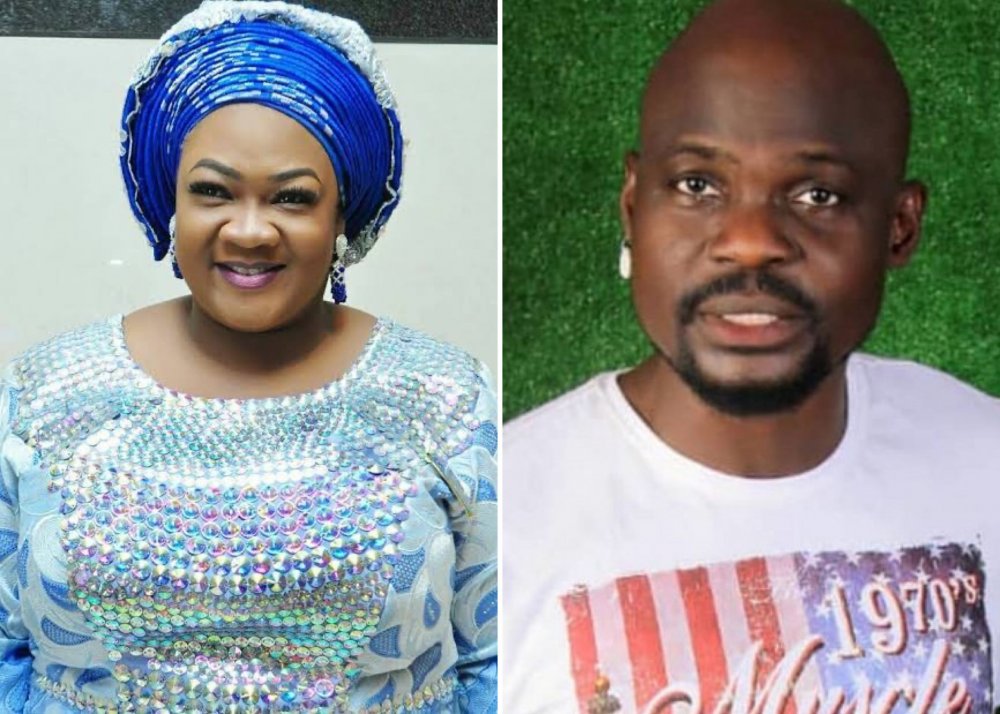 Another trending case is the sexual assault allegation made against popular Yoruba Actor, Olarenwaju James, aka Baba Ijesha.

Comedienne Prince Adekola Adekoya filed a report against the actor on April 19, 2021, at the Sabo Police Station for sexually assaulting her 14-year-old foster child.

This case also received condemnation from Nigerians including Nollywood actors like Iyabo Ojo, who have been quite vocal since the news got out.

Sometime between 2013 and 2014, the defendant sexually abused the complainant (name withheld) when she was seven, by inserting his car keys into her vagina. He also placed her on his lap, touched her in a sexual manner, and rubbed his penis on her body.

On April 19,  2021, he indecently threatened and sexually assaulted the complainant, now 14, by sucking her fingers and touching her in a sexual manner.

He also attempted to have sexual intercourse with the complainant by unbuckling his belt and unzipping his trousers after sexually assaulting her.

The embattled Baba Ijesha, who blamed his action on a ‘spiritual attack’ was in police custody until he was released on bail.

Baba Ijesha was arraigned on June 24 with six counts bordering on the defilement of a minor and has appeared in court, a couple of times.

On August 11, the case was adjourned until September 27 for the continuation of the trial of the Nollywood actor.

The case did not proceed due to the absence of the presiding judge who was attending a ‘Judges’ Retreat’ alongside other members of the Lagos State Judiciary.