Precious Chikwendu, the ex-wife of the former Minister of Aviation, Femi Fani-Kayode, has revealed that he could not perform in bed for six years because he has erectile dysfunction.

The former beauty queen made the disclosure to a Customary Court of the Federal Capital Territory (FCT), Abuja in the application filed by her counsel seeking permission to see her children.

In the suit marked FCT/CCK8/01/043/2021, Chikwendu informed the court that her ex-husband did not sleep with her for six years and that she had to remain celibate during their marriage.

She further alleged that the four children their union produced were a result of artificial insemination.

Speaking through her lawyer, Chikwendu said that “at every attempt, the petitioner made to have sexual intercourse with the respondent, there was never erection of the respondent’s penis/manhood and penetration was frustrating.

“During such periods of frustration and sexual desire, the petitioner would be left with the choice of merely rubbing herself on the respondent, to have the slightest bit of relief. 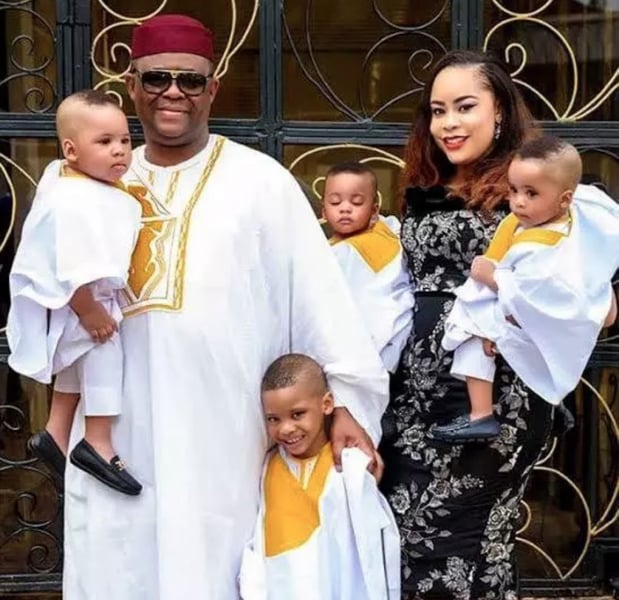 “The petitioner then insisted parties should seek medical help for the respondent, and on visiting the family doctor, the respondent claimed he was diagnosed of having a cyst on his penis/manhood, which is not allowing the respondent to have erection and or perform sexually.

“He was supposedly placed on cyprotab and the doctor suggested that the respondent should go and decide when he wishes to remove/untangle the cyst.”

Fani-Kayode’s ex-wife asked the court to declare that she was never married to him as he never paid her bride price and didn’t perform the customary or statutory rites with her.

She also sought a court order granting her access to her children during their calendar year and that their father be continuously responsible for the academic, medical, clothing, and welfare of the four children of the cohabitation.

Chikwendu stated that since she walked out of her union with Fani-Kayode in August 2020, she has been consistently denied access to her kids and they have been denied access to motherly care and protection.

As of the time of filing this report, Fani-Kayode is yet to respond to the application.